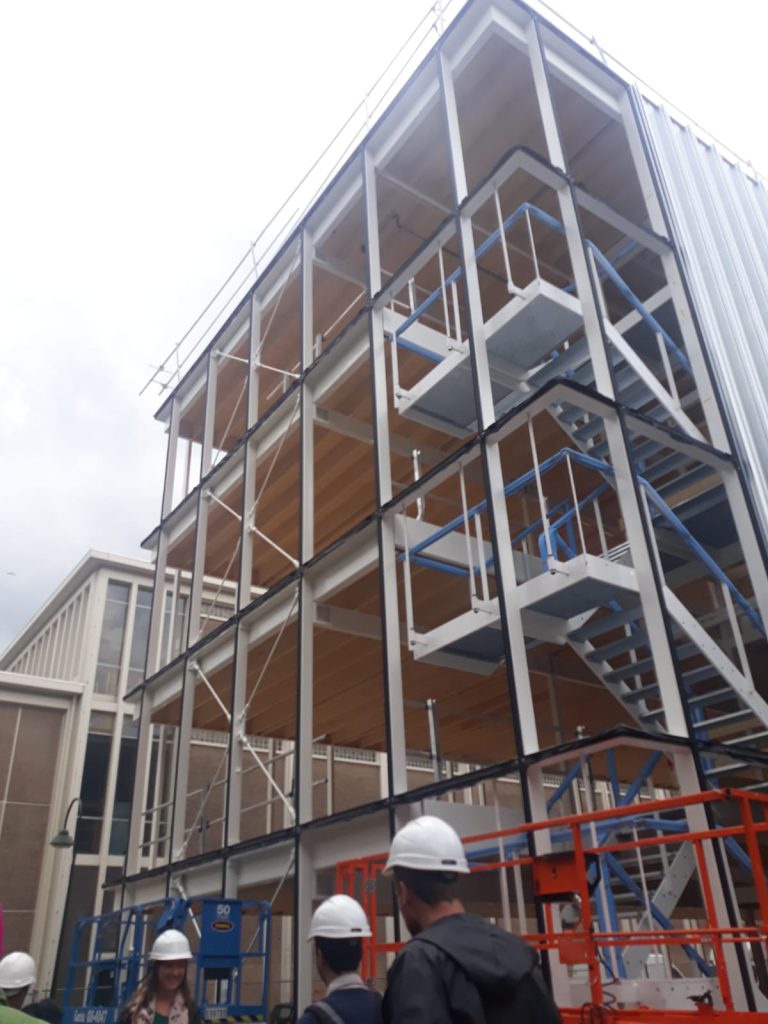 The 13th of June bout organized a trip for Building Technology students to four different companies installed in Delft. The companies we had the privilege of visiting were Cepezed, 3M, ABT and Octatube. Each company shared with the students their vision, important projects and how to further collaborate with them in the future.

Cepezed – The company showed the most important projects they’ve worked on, as well as their vision on circularity. The company prides themselves on having an industrial design approach to every building they design, tackling the problem as if it was a product, thus ensuring the circularity and prefabrication concept in everything they do. Afterwards, a short visit to the construction site of their circular office project was done, were students were able to see for themselves the company’s vision in practice.

3M – The company gave the students a tour on what they have invented thus far. The company has around 100,000 patents worldwide and they give research and innovation a lot of importance. This was very surprising and motivating for the students.

abt – The vision and how abt works as a company was first explained and discuss. They work alongside other architectural firms in solving specific problems. Within the company they give importance to the integration of all the parts and thus work in groups that sometime combine two different fields such as structural plus computational, computational plus façade, to mention a few. Afterwards, some representative projects they have worked on were shown and explain to the students.

Octatube – Like the other visits, the company showed how it works within and how it is organized. After this, they explained some key projects they’ve worked on and how they’re prefabrication concept works. A visit to their factory was also conducted, were they showed the students their mockups and how every little detail is looked upon to ensure a well-developed project.